We’d like to recognize two families celebrating 20 years of volunteering with Can Do Canines in 2022! 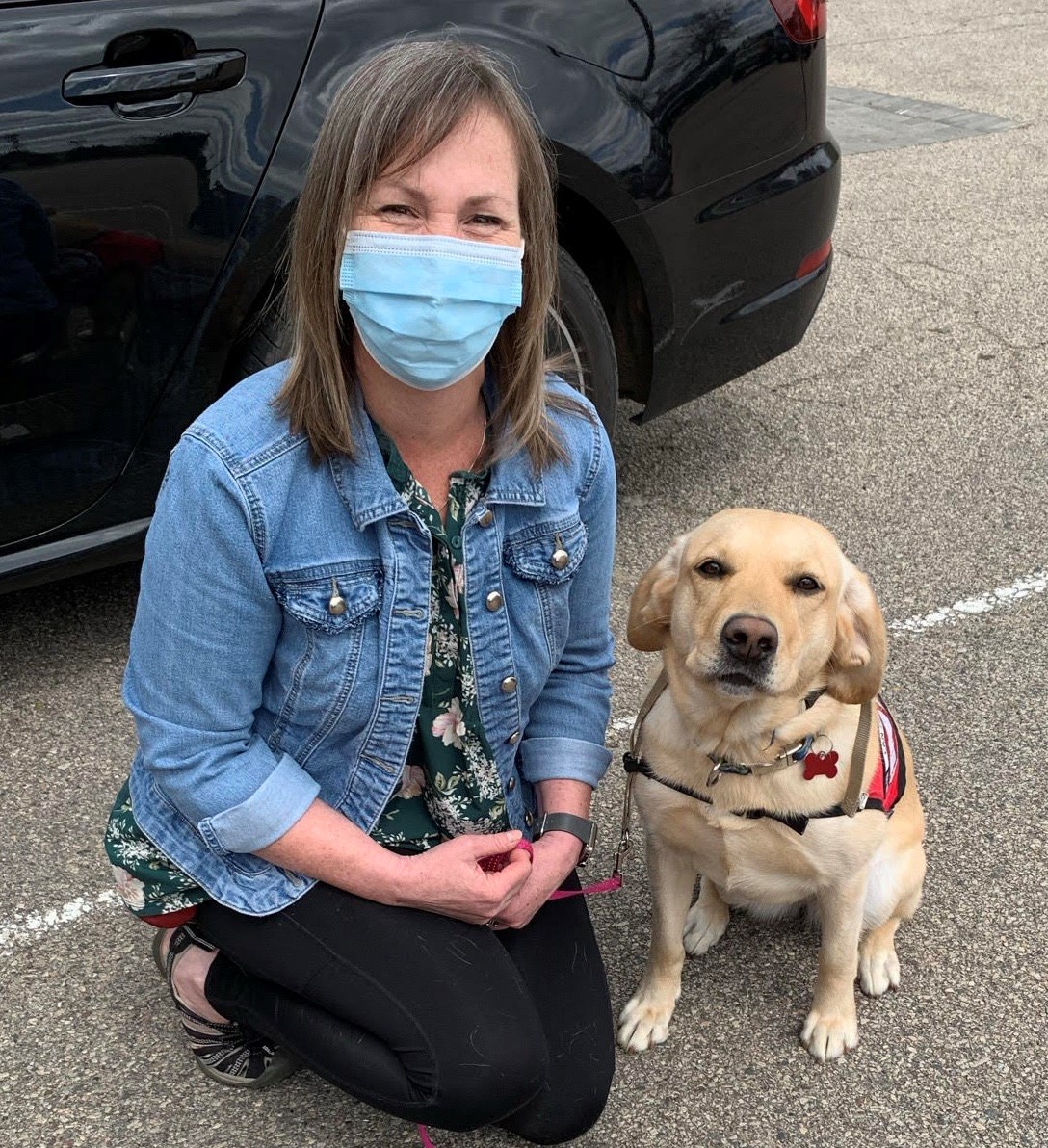 Patty and Joe Van Landschoot joined us in June 2002 as volunteer Puppy Raisers. Their first dog was Yogi, a Golden Retriever. With daughter Alyssa, they’ve volunteered with our puppy program in many roles—as a Foster Home, Puppy Raiser, Whelping Home and a Breeder Host.

Patty says “Thinking of the dogs brings back so many great memories. If I am correct in my count, we’ve had a dozen dogs, plus Hildie who had four litters of puppies with us.” Upon a well deserved retirement, Hildie was adopted as their forever dog.

As an occupational therapist, Patty is often able to take the dogs in training to work with her, and is always happy to educate people she meets on how assistance dogs can help people with disabilities. 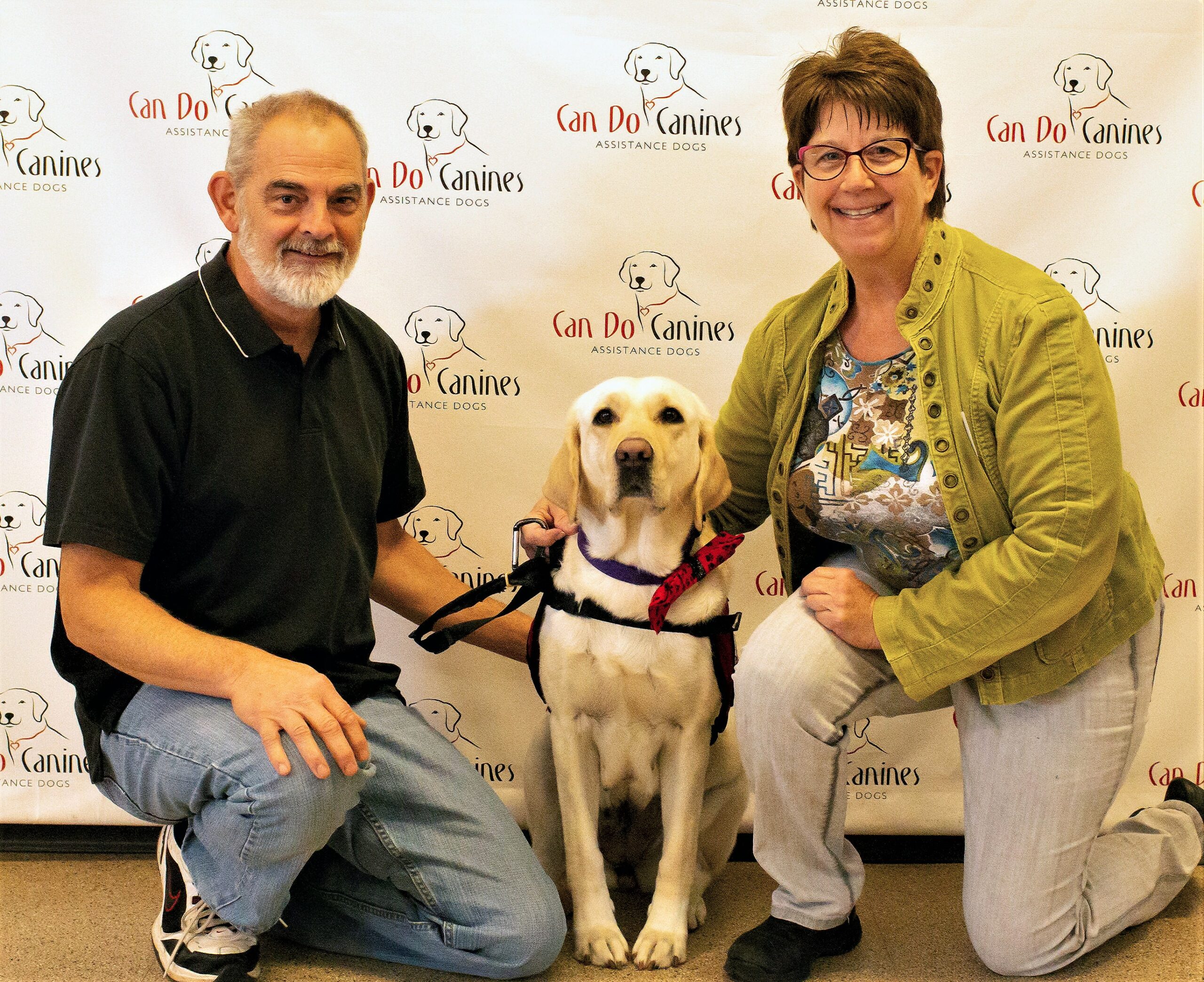 Diana Adamson and Paul Oberhaus began their volunteer journey with us as Puppy Raisers in October 2002 with Oliver, a Labrador. Daughter Aimee was also there to help, and this family has been very involved with most of the roles in puppy program. Volunteering has included Fostering, Puppy Raising, Breeder Host and Whelping Home.

When asked how many dogs they have had in their home, Diana quickly produced not only how many but a picture with the list! Recently they were a whelping home to their 25th dog, Stormie, who they lovingly tended to along with her puppies. Diana adds, “We’ve whelped 29 puppies and counting!” Over the years, they’ve adopted several dogs retired from the program, and she says, “Tucker was a great ‘Dad’ to so many puppies. Now Yoga is retired. We adopted her and she’ll be a good ‘Mom’ to future puppies in the house!”

Diana was employed for twenty years at the Boys & Girls Club, and our puppies in training gained valuable social skills accompanying her to work each day, much to the delight of the young people she worked with.

In addition to all things puppy, both families have always been willing to help in any way needed, including tabling events, graduations and fundraisers.

The staff and clients are so appreciative of the dedication, love and commitment these two families have given Can Do Canines and our dogs in the past two decades. Thank you!!

Harry is Allowing Sadie to Paint a New Picture of her Future
Next Post: Nicole and Astro Create Joyful Partnership