Volunteer LoginClient Services LoginPuppy Program Login
Home / News / Two Can Do Canines Supporters to Bike Across Canada, Raising Funds for Can Do Canines

Peter Hilger is an architect, a Professor of Construction and Facility Management at the University of Minnesota and a longtime Can Do Canines supporter. Peter used his architectural skills to design the current Can Do Canines facility, having also advised on previous location plans. 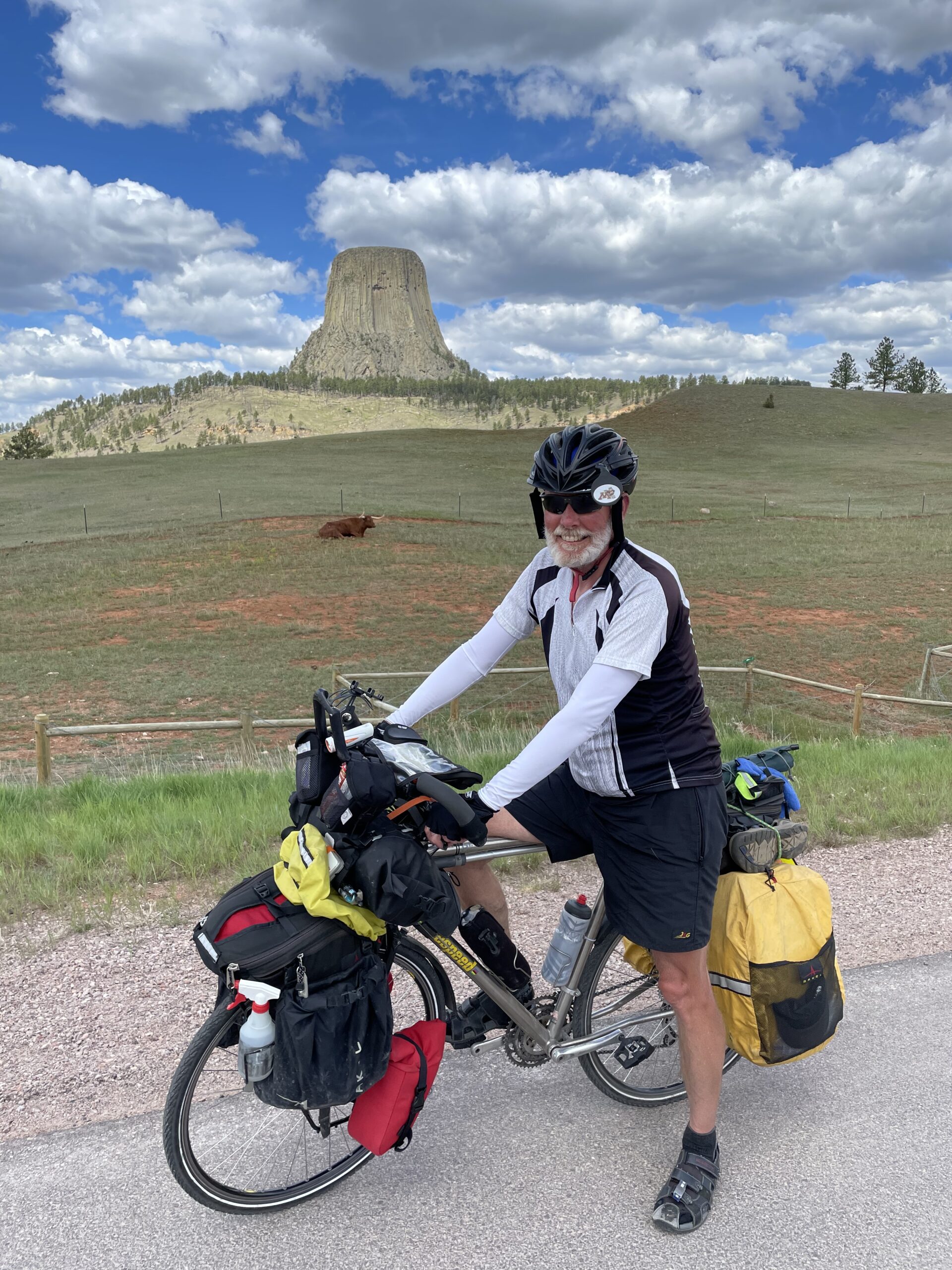 What he has designed for this summer, though, is completely different: a 5,700-mile bike route across Canada. This will be Hilger’s 21st lengthy summertime bike trip. However, upon encouragement from colleagues, he will use this 2022 trek to raise funds for Can Do Canines and two other nonprofit organizations that are close to his heart: NPH USA and an endowed scholarship at the University of Minnesota that he established.

Peter is motivated by the new focus this year and says, “I want to see if people are inspired to push me along with donations.” While differing in their overall missions, the nonprofits have an overlapping purpose according to him. He states, “The theme of the trip is education, whether it’s educating an orphan, a college student, or a dog.” Peter has not sought out any sponsors for his ride, which is completely self-supported. All funds submitted at https://z.umn.edu/PeterbikesCanada will benefit the nonprofits, and Peter is packing handouts to share with people interested in learning about the organizations.

He will officially begin his journey in Seattle, travel through Victoria north on Vancouver Island, then by ferry to Prince Rupert, British Columbia. He will travel east to St. John's, the capital of Newfoundland and Labrador. He expects to complete the expedition by mid-September, after logging an average of 60-65 miles per day. He notes that along the way, “I’ll probably lose 10 pounds or so, and that’s not a bad thing.” He also jokes that his bike, a Litespeed Blue Ridge, “is also 21 years old” and has about 35,000 miles on it.

Accompanying Hilger for the first portion of the trip (to Calgary) is Rich Freyholtz. The two men have a shared connection to Can Do Canines. Freyholtz has served as a foster volunteer, helping to raise and train the puppies who are on their way to becoming assistance dogs.

Learn more, follow the adventure, and donate at https://z.umn.edu/PeterbikesCanada.

Bentley’s Touches Help Tim to Keep Touching Lives
Next Post: Harry is Allowing Sadie to Paint a New Picture of her Future