Earlier this month, Can Do Canines received a letter from 9-year-old Simon, along with a $100 bill. The letter was as follows:

Hi! I’m Simon and I’m 9 years old. I got a $100 dollar bill for Christmas this year, and it was to much to keep. I hadn’t even had $80 in my allowance ever! I wanted to give to a charity, but I didn’t [know] which one. Then My mom suggested Can Do Canines, and I instantly knew that you guys were my charity. I think what you’re doing is so cool! So here’s $100 dollars! I know its probably small compared to some other donations, but hopefully it helps!

It would be sooo cool if you wrote me back.

Can Do Canines sent a handwritten letter back to Simon, sincerely thanking him. The letter included a few items with the Can Do Canines logo on them, and a portion of the letter stated:

A boy who is about your same age will begin training with one of our dogs later this month. The dog’s name is Flynn. He is a black Labrador Retriever that loves to play fetch and snuggle. Flynn is being trained to help a boy who has cerebral palsy and has trouble standing and walking without assistance.

We have been training Flynn to help this boy for about three years now. Your gift of $100 equals paying for a full three months of dog food for dogs like Flynn. Isn’t that awesome? Your generous gift really makes a difference, Simon!

Simon then wrote back with another letter, thanking Can Do Canines for the items, mentioning that he is saving up to buy training treats for the assistance dogs, and sharing that his neighbor’s “doggys” inspired him. He also explained that he is especially interested in Can Do Canines, because some of the assistance dogs are trained to help people who are deaf, and Simon’s mom is an audiologist. “It blew my mind when I learned what a great organization you are,” wrote Simon. He also drew the Can Do Canines logo on his letter and included a family photo.

Can Do Canines also began coordinating with the family of Drake, the 10-year-old boy who would be receiving Flynn. Both families were interested in having the boys meet. Since Drake’s family is from Red Wing, they were able to stay in the Can Do Canines on-site apartment while they began training with Flynn during the last few days of January.

On that first day of training, the boys had a chance to start their new friendship, outside at the Can Do Canines facility. Drake offered Simon his own thank-you letter, and Simon gifting Drake with a few dog necessities for Flynn. Local news stations were present to capture the heartwarming moment. Those links are as follows:

Some of the Can Do Canines supporters have graciously expressed interest in honoring these two young boys by matching Simon’s $100 donation. If you would like to do so, please visit can-do.link/100match. You can even dedicate your gift by noting your gift is in honor of Simon. 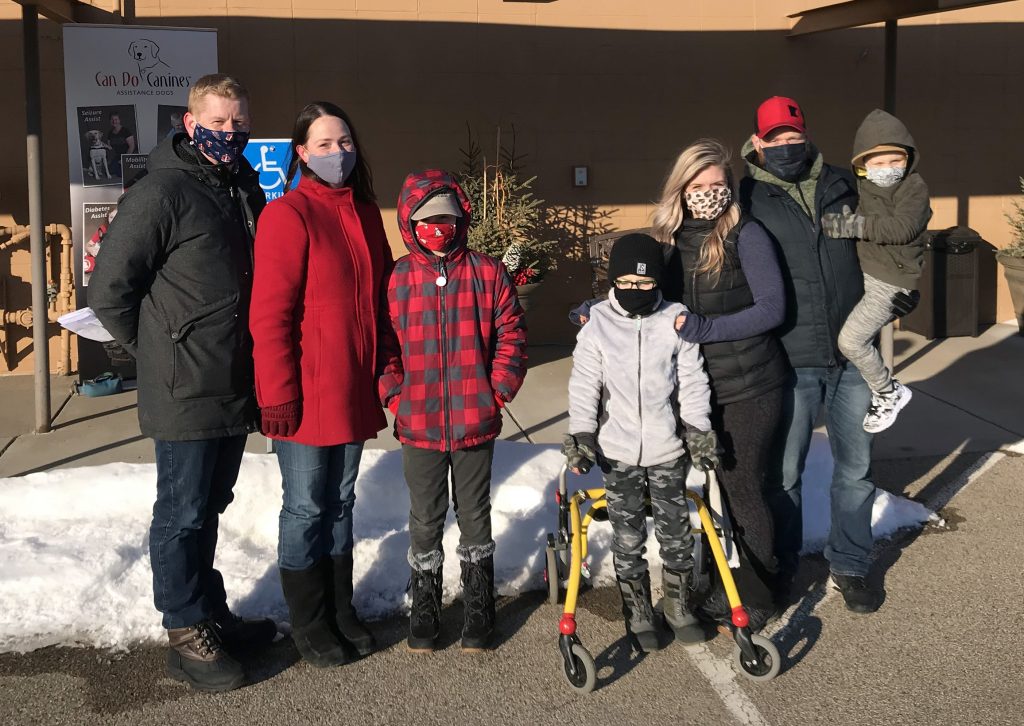