At age 17, Jeremy sustained a spinal injury when diving into a pool. “I knew about it right away when I looked down at my legs and saw they weren’t moving,” he says. Jeremy has no movement in his legs, fingers or hands. He relies on others for transportation, and when he drops items, he can’t pick them up. “I don’t want to rely on strangers,” states Jeremy, who is now in his late 30s. That was often the case when he was at work as a greeter in an Eau Claire, Wisconsin, movie theater.

So, knowing someone who knows a Can Do Canines staff member, he learned about the organization and applied for a Mobility Assist Dog. Soon a wiggly, affectionate, 3-year-old black Labrador Retriever named Pria became a cast member in Jeremy’s life. She has particularly perfected her skill of “sitting pretty” by raising her front paws in the air to be an Academy-Award-worthy performance. 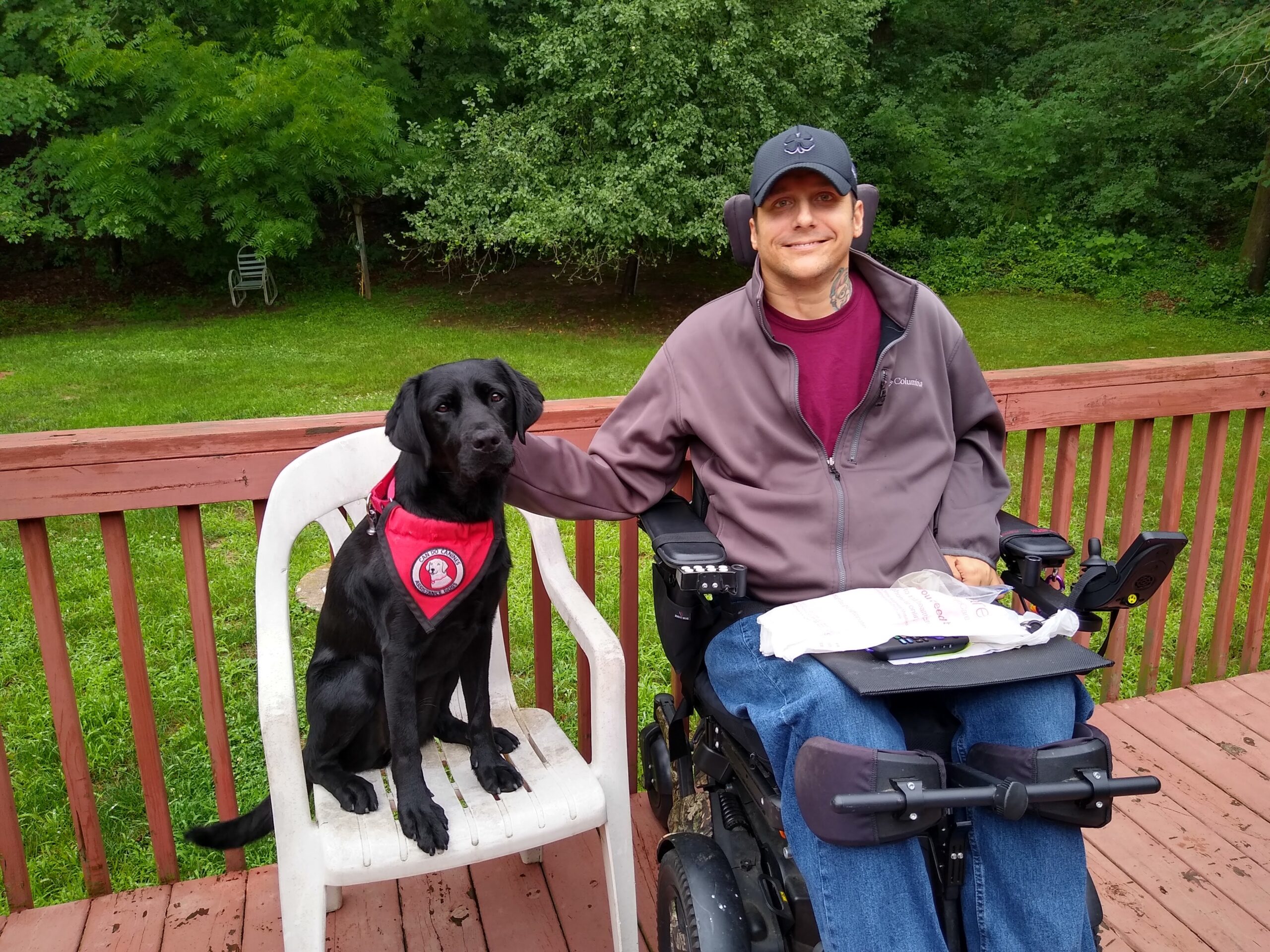 However, Pria’s skills go beyond a cuteness factor. She doesn’t even have to “get into character,” because according to Jeremy, “She’s right there, always ready to work.” She not only picks up all of the dropped items, but also tugs open doors, retrieves items, and more. Jeremy explains, “It’s just good to have [help] around. If I’m by myself, I don’t have to worry about if I drop something.” He recalls times when things fell from his grip while crossing a road and then panicked, having to quickly find someone to help. These days, he enjoys “peace of mind, instead of the anxiety I always had in the past.”

Although the pandemic is giving Jeremy an intermission from his job, he is eager to get back to the movie theater and watch Pria with customers around. “That will be exciting to see,” he says.

Describing his new leading lady as a “bundle of joy and unconditional love,” Jeremy shares, “It means everything to me to receive Pria. It’s even better than I thought, the things she can do and the immense help. I just really appreciate it. I can’t say it enough.”

So while the credits might be rolling on this team’s graduating celebration, their special partnership is celebrated in action every day.