In addition, the dog wears a backpack with pockets that can hold medicine and medical alert information in case the person is unable to communicate. We do not train our dogs to keep other people away during the seizure or to guard their partner.

It is important to note that Can Do Canines DOES NOT train Seizure Assist Dogs to pre-alert to seizures. Instead, our dogs are trained to help their partner in a number of ways once a seizure occurs. Some of our dogs exhibit a pre-alerting behavior during or after training is complete. If so, we can help “shape” that behavior if it does occur, so it will be of more benefit to the client. However, a person should not expect our assistance dogs to pre-alert to a seizure.

Read about one of our recent seizure teams.

Click on the photo below to watch a video clip of one or our seizure teams. 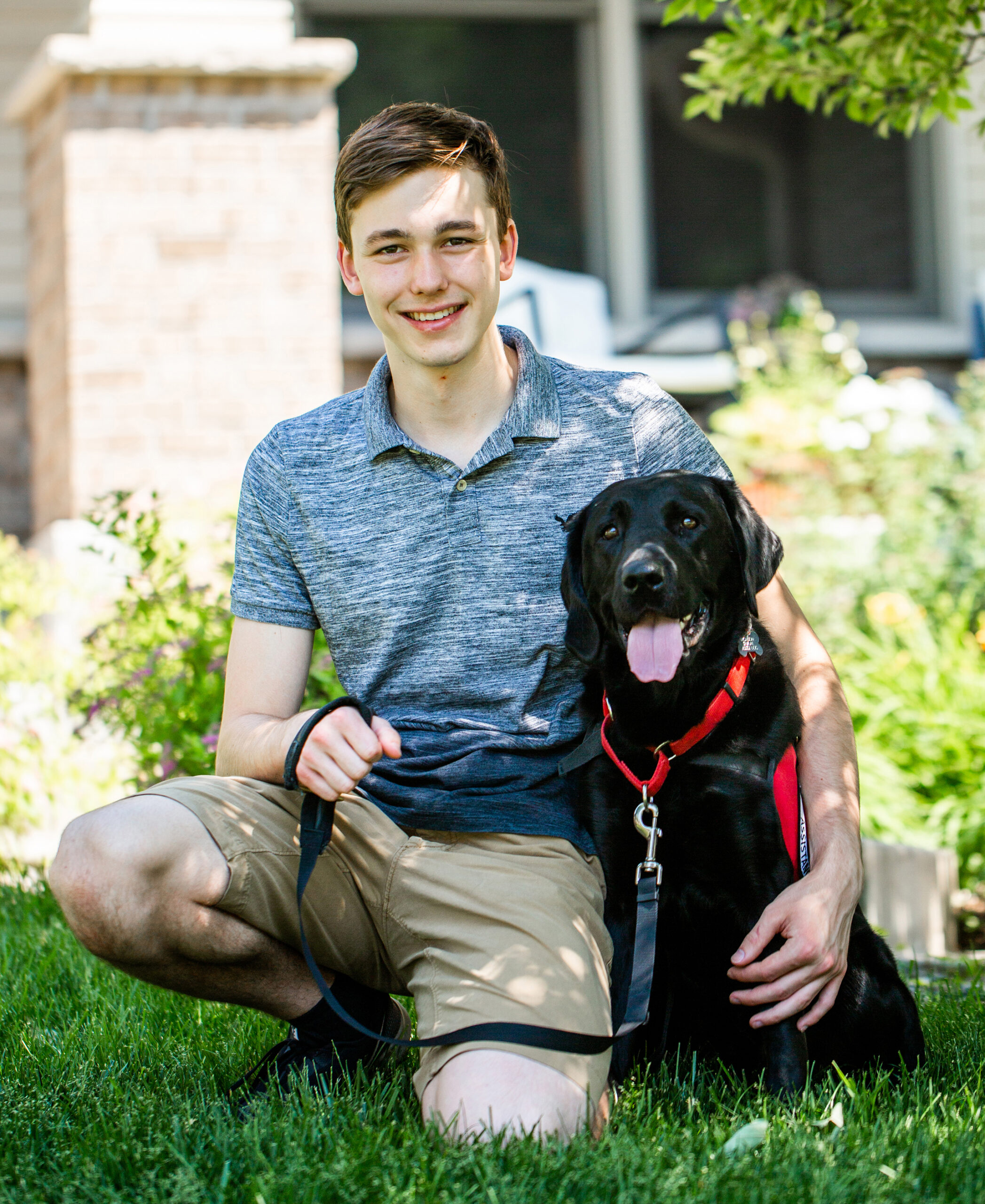 Learn More About Applying for an Assistance Dog

Video Transcript of Ryan and Gallagher:

I was deployed in 2011-2012 to Kuwait and Iraq. During my time there, I was hit with a suicide vehicle that unfortunately caused a traumatic brain injury and gives me seizures routinely up to 15 times a day. But the average is four.

I had a psychologist that I had met afterwards that had told me that I had switched to seeing myself as a disabled person, and that was really starting to wear on me, becoming dependent on my wife for absolutely everything in my day-to-day life.

Thankfully, with Gallagher here, I was able to actually achieve some more of my independence again.
I've really changed my outlook thanks to this new form of independence of seeing myself as a person with a disability instead. And that has really helped make me a much happier person just in general.

And I thank Can Do Canines and Gallagher for all their assistance with me and this process.