Home / News / 2017 Team Sticks to Goal of Advocating for Others 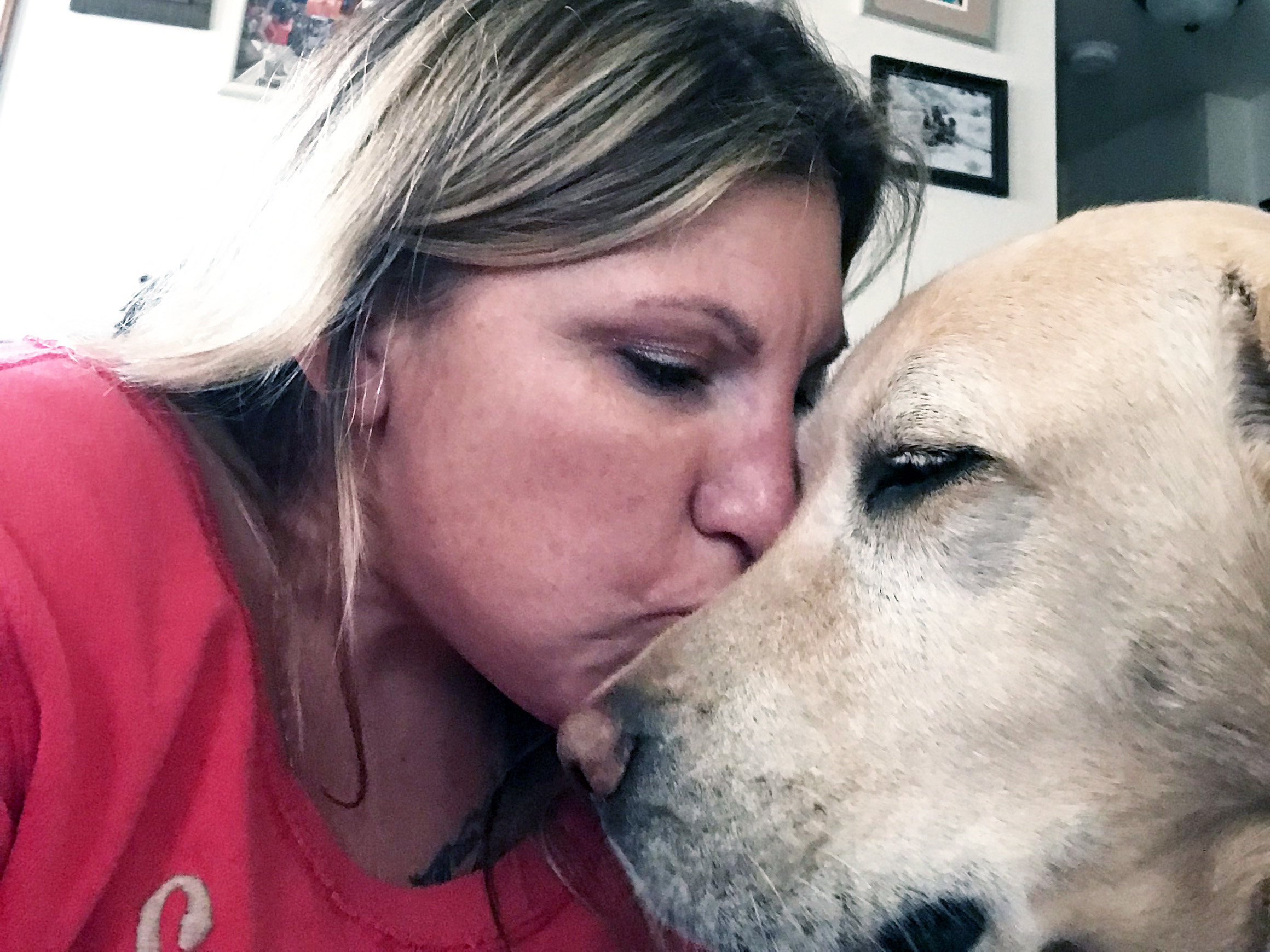 When Robyn graduated with Seizure Assist Dog Ziggy in 2017, she boldly proclaimed, ”We’re going to conquer the world.” Since then, the team has been making good on their promise.

Despite a 2013 skiing accident that caused a traumatic brain injury and led to a seizure disorder and migraines, Robyn has been determined to help other “survivors and warriors” like herself.

Right around the time she received Ziggy, she created a brain injury support group in Mankato, near her home of Good Thunder, Minnesota. It was the first known group of its kind there, and she has kept the monthly meetings going strong ever since. In 2017-2018, she was even chosen as the Volunteer of the Year for her work.

Continual learning is important to Robyn, so in 2019, she participated in the Elizabeth Kearney YWCA Leadership Training. Once a month for nine months, she had the benefit of hearing from “women talking about their success and helping us try to build ourselves up as women.” Clearly she took the advice to heart, because her world-conquering efforts have only increased.

As the chair of the local chapter of the Minnesota Statewide Independent Living Council, she helps advocate for people with disabilities who want to lead independent lives. Additionally, she recently added another responsibility to her growing list. Following the suggestion from one of the staff members at the independent living center where she holds her support group meetings, Robyn applied for the Minnesota Partners in Policymaking leadership program. Each year, the governor’s office selects individuals to serve in this way, and Robyn was chosen to do so from Fall 2020 through Spring 2021. Last month, this role brought her to the Twin Cities. With Ziggy by her side, she met with county commissioners to express concern about her chosen committee topic of making employment equal to those with disabilities. The follow-up was then to reach out to other local leaders, all while monthly classes take place. She explains her goal for participating in the program was to “help others with disabilities and to make sure our voice is heard.”

Robyn’s attempts at educating others aren’t contained to official groups though. Whether she’s volunteering at the restaurant where she used to work prior to her accident or simply engaging in social media conversations, she communicates on these topics and others, including transportation initiatives for individuals with disabilities and the importance of healthcare directives for all adults. “If I can help one person, then I’m doing okay. I want to help people and share with other people my experience and make sure they understand that it’s not as hard as they think it is to accomplish these things,” said Robyn.

And when Robyn is not busy with all these advocacy efforts, she might be found creating beautiful metallic art pieces, which have been part of the Can Do Canines silent auction at the annual Fetching Ball Gala.

Alongside this hard-working woman is an equally hard-working assistance dog. And it seems that Ziggy has the same initiative as Robyn, as he learned on his own how to keep Robyn’s hectic lifestyle in check. He somehow can sense her exertion level and gets her attention before fatigue might cause a migraine. “He’ll nudge me quite a bit. He’s trying to tell me, ‘Hey, settle down.’ It took me a while to figure out he wasn’t just being needy.” As Robyn instead playfully explains, “He’s just Ziggy.”

Together, they have been giving the world a taste of what an assistance dog team is capable of. According to Robyn, she has reveled in being able to “show everyone what they thought I couldn’t do and do it like a rock star.”